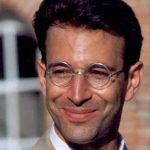 ISLAMABAD – The Supreme Court of Pakistan on Tuesday adjourned hearing of a case, against acquittal of accused by the Sindh High Court (SHC) in Daniel Pearl murder case, due to death of Prosecutor General (PG) Sindh’s mother.  A three-member special bench of the apex court headed by Justice Mushir Alam and comprising Justice Qazi Muhammad Amin Ahmed and Justice Manzoor Ahmed Malik heard the appeals filed by the government and Pearl’s parents challenging the acquittal of the previously convicted men by the Sindh High Court.

The government of Sindh had filed leave to appeal under Article 185(3) of the Constitution against the impugned judgment passed by Sindh High Court on April, 2. At the outset of hearing, Justice Manzoor Ahmed Malik observed that there was ambiguity in the statement of prosecution’s witness taxi driver.  He asked how did the taxi driver know that such white man was Daniel Pearl?

The court adjourned hearing over Prosecutor General Sindh’s request due to the death of his mother. The counsel for Sindh government, Farooq H Naek pleaded the court to fix the case before September 30.

Justice Qazi Amin asked Naek how the Sindh government had appointed him as private counsel in the case. Farooq Naek responded that all legal requirements were fulfilled and if the court says, he could withdraw himself from the case. He pleaded the court to suspend SHC decision regarding acquittal of Ahmed Umar Sheikh. Justice Qazi Amin responded that the court would announce decision after accepting the appeal for hearing.