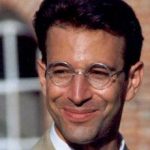 ISLAMABAD: The Sindh government has extended for another three months the detention period of Ahmed Omer Saeed Sheikh, who was convicted of kidnapping The Wall Street Journal (WSJ) bureau Chief Daniel Pearl, the Supreme Court was informed on Wednesday.

A three-judge SC bench, headed by Justice Mushir Alam, at the previous hearing on Sept 28 had restrained the Sindh government from releasing Sheikh, whose death sentence by trial court in 2002 for Pearl’s murder was set aside by a high court bench earlier this year, for another week as his 30-day detention period under the Anti-Terrorism Act was about to expire on Sept 30. Also, the apex court had admitted for hearing the appeals moved by parents of the American journalist Ruth Pearl and Judea Pearl, Prosecutor General of Sindh Dr Fiaz Shah and the Sindh government, besides the one filed by Sheikh himself.

When the matter came up for hearing before the Supreme Court on Wednesday, the prosecutor general of Sindh informed the court that they could not furnish the record of the entire case as they received the written orders of the last month court order on Oct 5.

The Sindh government further apprised the court that the detention period of Pearl’s kidnapper has been extended for another three months.

However, it is not yet clear whether the fresh detention period has been extended under Section 7 of the ATA or the Maintenance of Public Order (MPO).

During the hearing, Justice Qazi Amin Ahmed observed that the bench was not concerned with whatever was happening outside the court, recalling how the court still “regretted the refusal granted for the release of the accused in the Mukhtaran Mai rape case since they all were eventually acquitted but due to the court order they had to stay inside the jail for a longer time”.

Advocate Mehmood A. Sheikh, who represented the principal accused Omar Sheikh, reminded the court that his clients and other accused had already spent their best time in jail as they had been behind bars for the past 18 years.

Appearing on behalf of the victim’s family, senior counsel Faisal Siddiqui said they did not press for early hearing of the appeal, as the kidnapper and suspected murderer was already restrained under the fresh detention order while one could presume that the appeals would be decided and disposed of within 90 days.

The court then postponed further proceedings for Oct 21 on prosecutor general’s request on the ground that they could not file further documents needed in the case as they received the written orders of the last court order on Oct 5.

Daniel Pearl, 38 was the South Asia bureau chief of The Wall Street Journal. He was doing research on religious extremism when he was abducted in Karachi in January 2002. A month later a graphic video showing his decapitation was delivered to the American consulate. The same year UK-born Sheikh was arrested on the charges of kidnapping and murdering the journalist and an anti-terrorism court found him guilty of the charges and sentenced him to death. The trial court also sentenced co-accused to life imprisonment.

Citing lack of evidence, a Sindh High Court (SHC) bench on April 2, this year set aside his death penalty and sentenced him to seven-year imprisonment that he had already served out. Also, the SHC bench acquitted other accused namely Fahad Naseem, Sheikh Adil and Salman Saqib, who had been sentenced to life imprisonment by the ATC.

In their petitions filed before the Supreme Court, the appellants pleaded before the court that the high court erred in discarding the evidence of the forensic expert of the Federal Bureau of Investigation (FBI) solely on the ground that the forensic expert had stated in his evidence that he was given the laptop, belonging to the Fahad Naseem on Feb 4, 2002, whereas the witnesses had stated in their evidence that the said laptop was recovered on Feb 11, 2002.

Moreover, the evidence of the forensic expert is clearly corroborated by the evidence of the independent witnesses, such as prosecution witness Sheikh Naeem and PW Mehmood Iqbal, proving that the internet connection given to Fahad Naseem was used for sending the ransom emails, the petitions contended.

The high court even erroneously discarded the evidence of prosecution witness Zaheer Ahmed by declaring him a chance witness, even though his independent evidence supported the fact that the laptop was recovered. Therefore, in view of the strong independent corroboration, the evidence of the forensic expert and his forensic expert report could not have been discarded solely on the basis of minor contradictions in the dates of his examination of the laptop and the same was liable to be considered as incriminating evidence against Shaikh, the petitions pleaded.