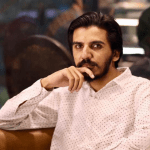 A first information report (FIR) has been registered against journalist Asad Toor for posting “negative propaganda against the state, Pakistani institutions and the Pakistan Army” on his social media account, it emerged on Tuesday.

It was registered on a complaint by Hafiz Ehtesham Ahmed, a resident of Rawalpindi, who claimed that “in the last few days, [Toor] has used derogatory language for high-level government institutions, including the Pakistan Army which is a grave crime according to the law.”

The FIR has been registered under sections 499 (defamation), 500 (punishment for defamation) and 505 (statements conducing to public mischief) of the Pakistan Penal Code and sections 11 (hate speech), 20 (offences against dignity of a person) and 37 (unlawful online content) of the Pakistan Electronic Crimes Act (Peca) 2016.

Toor termed the registration of the FIR a “sad development”.

“This is a sad development for me being a journalist because I never wish to be a news myself,” he said.

The case against Toor is the third such complaint to be registered against a journalist in the past few days.

The FIR was lodged on the complaint of Chaudhry Naveed Ahmed who alleged that Alam had used “extremely vulgar” language against Prime Minister Imran Khan and Pakistan Army on Twitter and other social media which he said was tantamount to “treason”.

“[The soldiers of] Pakistan Army sacrifice their lives to protect the citizens and are at the forefront when disaster strikes […] the entire world acknowledges the services of Pakistan Army,” the FIR read.

“This is the first time that the country has an honest prime minister who is taking steps [for the betterment of the country] by working day and night. Absar Alam has made defamatory statements against the prime minister and used extremely unbefitting language,” the FIR said.

It alleged that Alam, despite living in Pakistan, was “furthering the objectives of the enemies of Pakistan”.

The FIR was registered under sections 124 (assaulting president, governor, etc., with intention to compel or restrain the exercise of any lawful power), 131 (abetting mutiny, or attempting to seduce a soldier, sailor or airman from his duty), 499 (defamation), 505 (statements conducing to public mischief) of the Pakistan Penal Code and section 20 (offences against dignity of a person) of Peca.

Senate panel takes notice
A day earlier, Senate Human Rights Committee Chairman Mustafa Nawaz Khokhar said that the panel had taken notice of the FIR against Alam, adding that it had summoned district police officer Jhelum for an explanation.

“Parliament will keep on raising its voice but would the superior judiciary also take note?” he questioned.

According to the contents of the FIR reviewed by Dawn, the complainant, Javed Khan, a resident of Majeed Colony in Karachi’s Landhi, said he visited a restaurant in DHA Phase-II Extension on Sept 9 where he checked his Facebook and Twitter accounts and found “highly objectionable material” shared by Farooqi on the two platforms.

The complainant claimed that “highly provocative posts” had been shared by Farooqi against the Pakistan Army and that the same also contained material pertaining to religious hatred.