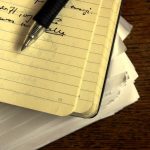 QUETTA: Balochistan Finance Minister Mir Zahoor Ahmed Buledi termed the media as the fourth pillar of the state during a visit to the Quetta Press Club.

“Independent media and democracy are sine quo non for each other. The media works as a watch-dog against the government and as a fourth pillar of the state,” he said. “It is supposed to promote democratic values and focus essentially on dissemination of authentic and truthful information to the public in regards to the policies and initiatives of the government in order to enable them to make informed choices”.

He paid tribute to the sacrifices and efforts of journalists of Balochistan who have laid down their lives for the cause.

“The Government of Balochistan under the leadership of Chief Minister Jam Kamal has approved the right to information bill through which right to access the truth has been ensured,” Buledi added. “Now government functionaries and authorities are answerable and will be held accountable for their actions.”

He also registered his protest against national media for not giving time and coverage to the issues and problems of Balochistan. “I request them to highlight realities of Balochistan.”