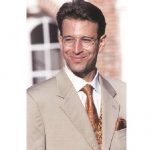 ISLAMABAD: The Supreme Court on Thursday adjourned for four weeks the hearing of an appeal from the family of American journalist Daniel Pearl against the acquittal of a British-born Pakistani man convicted over the 2002 beheading of the Wall Street Journal reporter.

The key suspect in Pearl’s slaying, Ahmed Omar Saeed Sheikh, and three other accomplices were sentenced to life in prison for their role in the plot. But the Sindh High Court in April acquitted him, a move that stunned the US government, Pearl’s family and journalism advocacy groups.

The acquittal is now being appealed separately by the government and Pearl’s family, a process that under law could take years. The government has opposed Sheikh’s release, saying it would endanger the public. He is to remain in custody until the appeals are resolved.

Thursday’s adjournment came due to the absence from court of government lawyer Farooq Naek, who was unwell, and following the request of Sheikh’s defence lawyer.

Faisal Siddiqi, who is representing Pearl’s family, said he was surprised by the four-week adjournment, saying he had asked for an expeditious handling of the case.

Pearl, 38, was the South Asia bureau chief for Wall Street Journal when he was abducted in Karachi in January 2002 while researching a story about religious extremists in the city. A graphic video clip showing his decapitation was delivered to the US consulate in the city nearly a month after his abduction.

Omer Sheikh was arrested in 2002 and sentenced to death by the trial court.