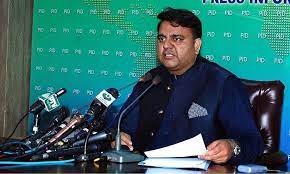 LAHORE: Federal Minister for Information and Broadcasting Fawad Chaudhry has Govt finalized the digital policy for newspaper websites having given in to the long-held demands of the Council of Pakistan Newspaper Editors (CPNE).

According to a CPNE press release issued on Saturday, the minister expressed his condolences over the death of the council’s president Arif Nizami while talking to members of the council.

Mr Chaudhry said that summary of the digital policy would be presented before the federal cabinet’s meeting next week for approval.

Principal Information Officer Sohail Ali Khan said the government would separately issue advertisements to news websites under this policy, adding that an amount of Rs1 billion might be granted for the purpose. Mr Chaudhry said regional and local newspapers would be granted a separate quota. Any news site which is activated for more than six months will be considered eligible for advertisements. Such advertisements will be monitored through cyber wing.