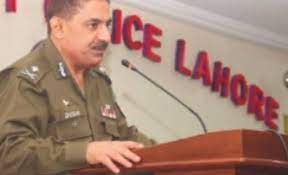 While presiding over a meeting of the Central Executive District Peace Committee at the District Police Lines Qilla Gujjar Singh here on Sunday, he said police along with the Counter-Terrorism Department (CTD) and the FIA would take strict action against uploading and making viral controversial, blasphemous videos, inciting posts, texts and hate material, promoting extremism, religious disputes and sectarianism.

The Capital City Police Officer stressed the need for creating religious harmony and brotherhood, forging unity among people of different groups, sects and beliefs to ensure maintenance of peace and solidarity in the city.

The Capital City Police Officer said 7,210 Majalis would be held in the city in Muharram, out of which 60 per cent would be held during the first 10 days of Muharram. Senior police officers and members of the peace committee including Maulana Muhammad Ali Naqashbandi, Mufti Imran-ul-Hassan, Mufti Imran Hanfi, Agha Shah Hussain Kazalbash, Syed Mehdi Shah, Hafiz Muhammad Zubair, Maulana Asad Ubaida, Maulana Mahmood-ul-Hassan, Mautasim Elahi Zaheer, Maulana Aziz-ur-Rehman and others attended the meeting.

Meanwhile, the Capital City Police Officer visited the polling stations in Lahore on the occasion of general elections of the Legislative Assembly of Azad Jammu and Kashmir and reviewed the security arrangements and implementation of corona SOPs.

He checked the arrangements at various polling stations, including at Ichhra and Gulberg, met the presiding officers and inquired about the security arrangements from them. A total of 25 polling stations were set up across the City in connection with the Kashmir elections.