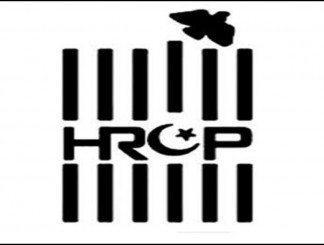 LAHORE: The Human Rights Commission (HRCP) of Pakistan presented its findings for Punjab, based on its annual report, the ‘State of Human Rights in 2020’ in a press conference held Wednesday at the Lahore Press Club.

HRCP Chairperson Hina Jillani said that loss of livelihoods struck factory workers and daily-wage earners the most with hundreds of thousands of lay-offs during the lockdowns. Paucity of health services during Covid were acutely felt, especially in jails that are fraught with overcrowding and hygiene issues.

At the same time there has been more oppression, she said and accused government’s accountability outfits of violation of human rights.

“Attacks on journalists have pushed them to the wall and affected their livelihoods. Now we are faced with survival of journalists. The electronic media law 2016 is an instrument of oppression. Joint struggle is needed to stop such laws,” she said.

“Government has CCTV footages of shooting at Absar Alam and of torture of Asad Ali Toor but the culprits have not been arrested. When Matiullah Jan told the government who abducted him, the abductor has not been held. Why? We need to know what the mechanisms on ground to protect journalists are,” Jillani said.

“Voices raised for rights were lost and drowned such as of women health workers who protested for a long time, and of farmers against Ravi Urban Development Authority that plans to establish a new city on the land where they grow vegetables for Lahore’s population,” she said.

Disappearances remain a big issue. Most disappearances were reported in Khyber Pakhtunkhwa but now they are being reported from all over the country. Commission for Disappearances has played no effective role. It is sad this Commission has got extension for 3 years, she lamented.

The passage of the Punjab Textbook and Curriculum Amendment Bill and the Punjab Tahaffuzi-Bunyad-i-Islam Bill 2020 led to public outrage as yet another move to tighten restrictions on freedom of expression, thought and belief in the guise of protecting religion.

No inroads were made in tackling the backlog of court cases—188,176 in the Lahore High Court by end-December 2020. HRCP also documented the imposition of the death penalty in 91 instances, involving 148 victims. In an encouraging development, no executions were, however, carried out.

Law enforcement in Punjab was marred by frequent internal transfers and infighting within the police force.

Citizens complained that it was increasingly difficult to register First Information Reports (FIRs), especially in cases where relatives had been killed in police ‘encounters’ or in custody, or in cases of illegal land acquisition by influential people.

Over 57 percent of all reported cases of child abuse were from Punjab. Religious minorities faced persistent marginalization over the year, with accusations of blasphemy and forced conversions.

Police data indicates that 487 blasphemy cases were registered in Punjab alone. On a positive note, the Punjab government took measures to prevent hate speech on social media, which helped ensure a peaceful Muharram—over 4,000 such websites were blocked and action taken against their operators for inciting sectarian violence.

The gang-rape of a woman on the Lahore-Sialkot Motorway in September 2020 elicited outrage and wide public condemnation, especially after the Capital City Police Officer came under fire for ill-advised comments implying that the woman was indirectly to blame