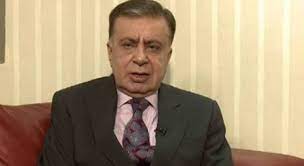 The Council of Pakistan Newspaper Editors (CPNE) on Friday expressed deep sorrow and heartfelt condolences on the demise of renowned journalist Arif Nizami.

In their condolence statement, the CPNE leaders paid rich tributes to Nizami for his valuable and fearless journalistic services and said that he had a high position in the world of journalism and he was seen as a valuable person in Pakistan and internationally.

“He always stood for freedom of the press and expression. He regularly fought against all kinds of restrictions on press freedom and fought against the dictatorial policies of various governments to suppress the media,” the statement added.

They said that the services of Nizami in the field of journalism cannot be neglected in any way. “The CPNE has lost a brave, courageous and great leader, his services will always be remembered in the history of national journalism,” they further said.