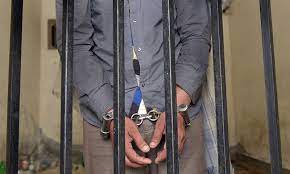 SUKKUR: The Anti-Terrorism Court (ATC), Shikarpur, on Monday granted bail to Sardar Tegho Khan Teghani against the surety bond of Rs0.5 million. The court adjourned the case for next hearing on July 30. It is pertinent to mention that Teghani was remanded to the district jail last month, in a case of murdering three people, including two police personnel, identified as Munawwar Jatoi and Abdul Khaliq and a photojournalist Haseeb Sheikh.