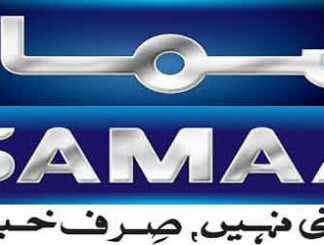 According to senior broadcast journalist and former president of Electronic Media Reporters Association (EMRA), Muhammad Asim Naseer, Samaa has been sold for Rs3.65 billion. Another media report suggested that the deal was closed between Rs3.7 to 4.9 billion for a partial takeover.

The news about Samaa’s acquisition was shared by other journalists as well. Omar Quraishi, in his tweet, said that: “…the owner of a major Pakistani news channel is in talks with an important member of the ruling party,” adding that the purported aim of the talks being for the important member of the ruling party is to purchase the news channel.” However, he didn’t reveal the names of the parties.

Reportedly, some Samaa TV employees also witnessed the due diligence teams visiting the offices in recent days. However, they weren’t aware of the conclusion. On the other hand, sources close to Aleem Khan confirmed the development without saying much about the progress.

An official announcement in this regard is expected soon. Zafar Siddiqui launched Samaa in December 2007.